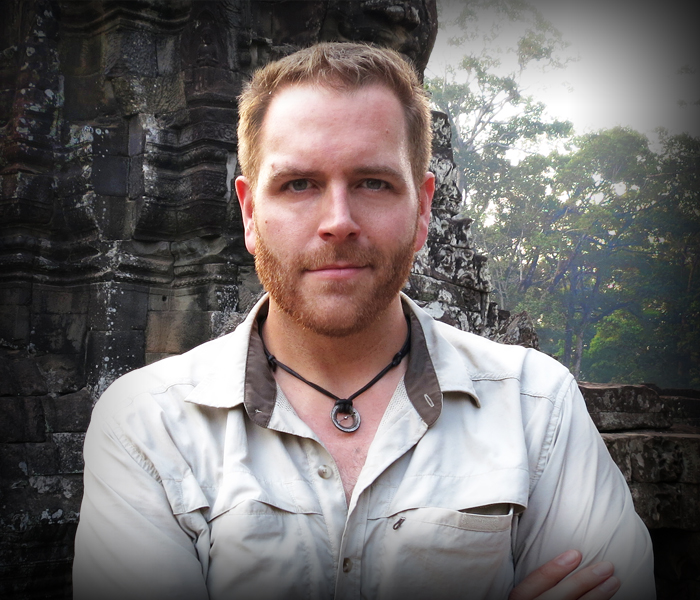 Josh Gates is an adventurer and avid explorer with a unique brand of humor and deep-rooted passion for off-the-map excursions. Travel Channel’s “Expedition Unknown” chronicles Gates’ adventures as he sets out on a global journey to find the truth behind captivating and iconic unsolved legends including the quest for King Arthur in the U.K., Blackbeard’s missing gold in the Caribbean and answers to D.B. Cooper’s infamous plane hijacking in the U.S. In one of his biggest adventures, “Expedition Unknown: Hunt for the Yeti,” Gates embarks on an epic mission to tackle the age-old question: is the Yeti real?

An avid scuba diver and photographer, Gates has participated in sub-sea archaeological excavations in the Mediterranean, and his wanderlust has taken him to over 100 counties from sweltering African deserts to the icy shores of Antarctica. In addition, he has scaled “the roof of Africa” on Mt. Kilimanjaro and climbed Aconcagua, the tallest mountain in the Americas.

In 2016, Gates won ‘Best Host’ in the CableFax Program Awards for “Expedition Unknown,” and the series also took home the ‘Best Educational/Instructional Show’ award. He holds degrees from Tufts University in Archaeology and Drama and is a member of The Explorers Club – a prestigious organization dedicated to the advancement of exploration and field research.

Additionally, Gates co-hosted Travel Channel’s “The Trip: 2016,” which showcased the distinct cultures, cuisines and luxuries of five Caribbean islands. He previously served as host and co-executive producer of the Syfy Channel series “Destination Truth.” He has appeared on the TODAY Show, CNN and a variety of other national television and radio programs. Gates’ travels are chronicled in his bestselling book, Destination Truth: Memoirs of a Monster Hunter (Simon & Schuster, 2011).

Gates currently resides with his wife and son in Los Angeles, Calif. and on airport floors around the world.